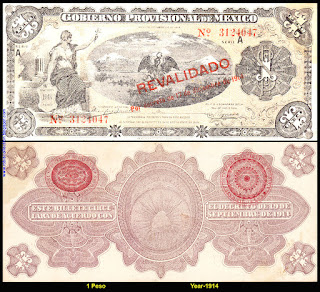 This hundred-year-old 1 Peso note served on both sides of the Mexican Revolution. It was originally printed September 1914 in Mexico City under the authority of Constitutionalist government of Venustiano Carranza.  In December 1914 Carranza and his government was forced to flee the capital due to the approaching forces of Pancho Villa and Emiliano Zapata.  After taking control of Mexico City, Villa had the Carranza banknotes overprinted in red “REVALIDADO Por Decreto de 17 de Diciembre de 1914” (Revalidated by Decree of December 17, 1914).  Villa was then forced from the city in early 1915, leaving behind this numismatic legacy of the Mexican Revolution.  The front of the note features the Eagle and Snake on an island in Lake Texcoco with the Iztaccihuatl (Ixtaccíhuatl) and Popocatepetl volcanoes in the background.  To the left is Liberty seated holding an olive branch and shield.  The back of the note features a Mexican silver Peso dated 1908. 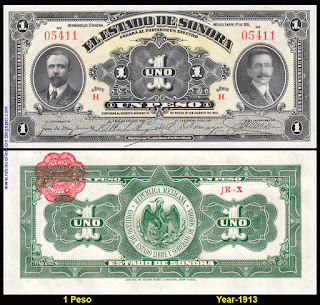 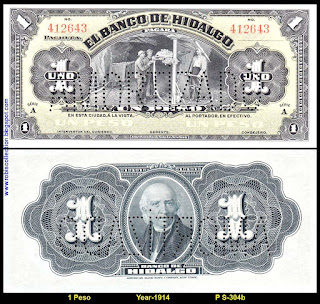 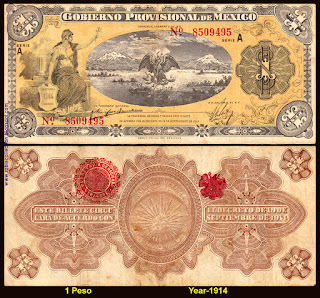 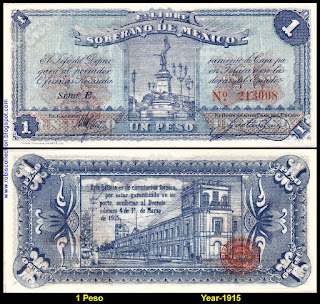 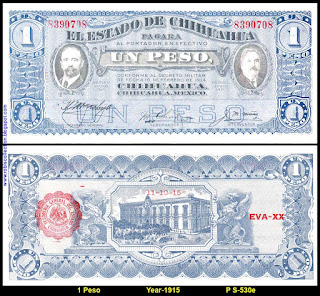 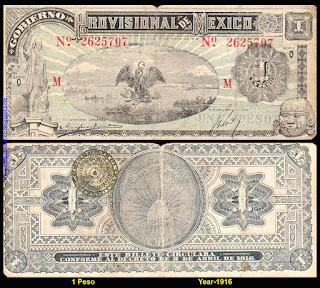 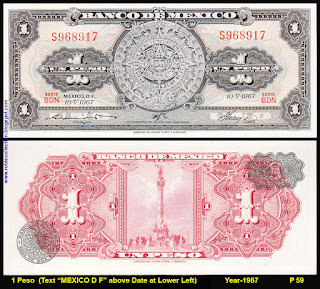 Email ThisBlogThis!Share to TwitterShare to FacebookShare to Pinterest
Labels: MEXICO